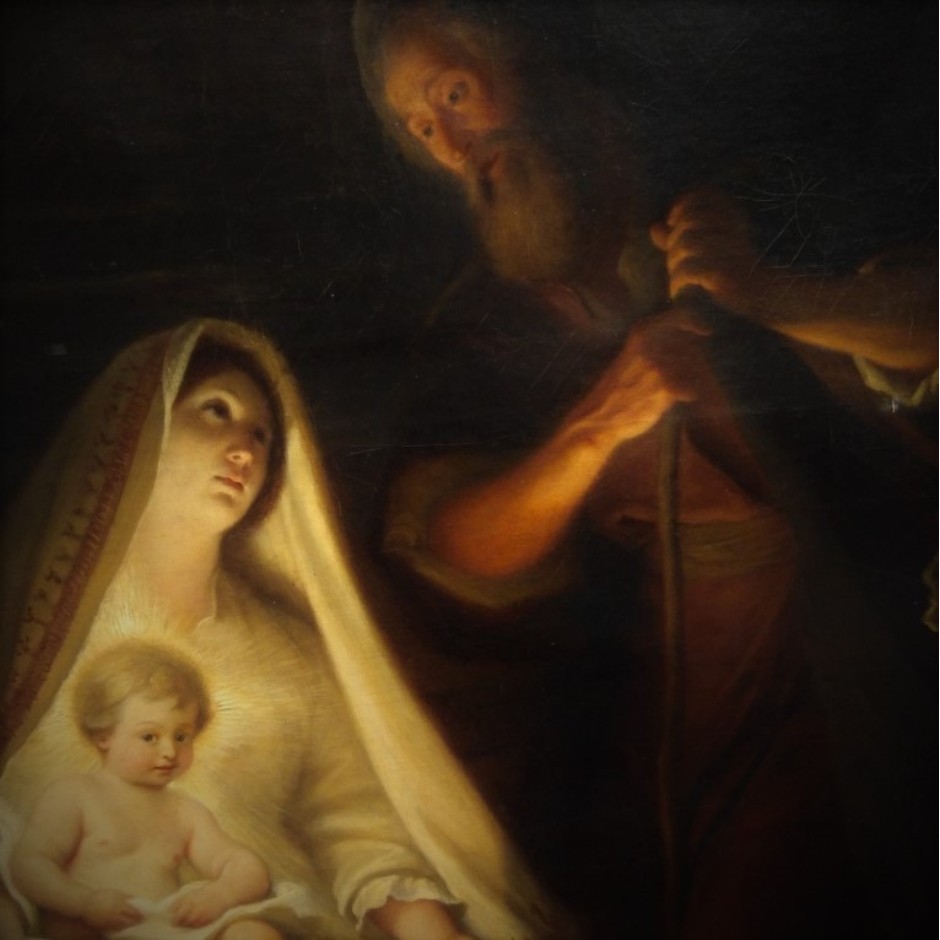 This "Holy Family" reminds us that Jean Lecomte Du Nouÿ, best known for his oriental and mythological scenes, in the tradition of his master Jean-Léon Gérome, also performed religious subjects. It was especially from 1895 to 1897, when he joined his brother in Romania, that he painted, in addition to portraits of the royal family and the Romanian court, the most mural frescoes for churches.

His most famous religious work is in France and was made before his trip. It was commissioned in 1873 by the State in association with the city of Paris, for the decoration of the Church of the Holy Trinity. He will give them a few years later these two vast compositions: " 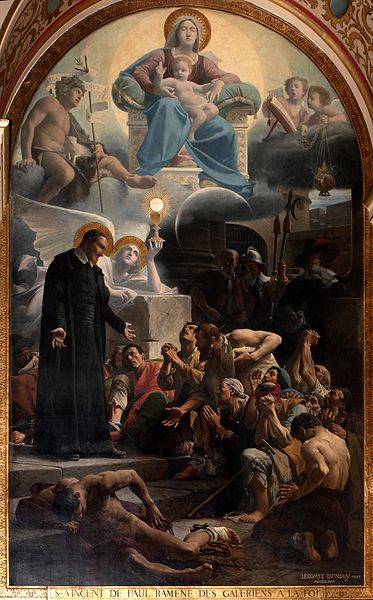 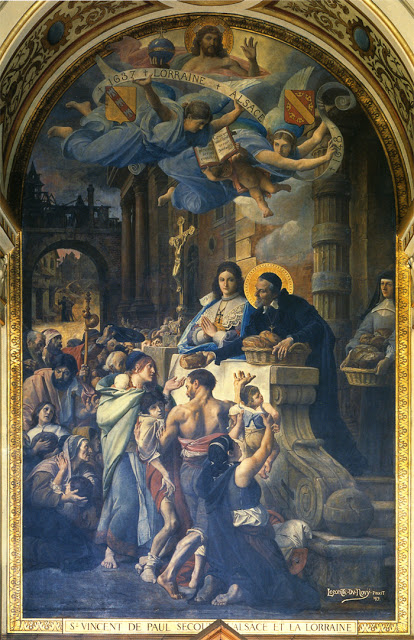 However, our work fits more in the oriental corpus of Jean Lecomte du Nouy, ​​the scene happening in the Middle East.

He represents the Holy Family with a personalized interpretation, mixing Nativity, massacre of Innocents and flight to Egypt. The decor is unusual for the chosen subjects: neither cave, nor stable of a Nativity; neither desert nor oasis of flight in Egypt; but there are the first fruits of the massacre of Innocents: the scene takes place in the heart of the city of Bethlehem.

The prevailing tranquility is disturbed at the sight of Herod and his guards in the background, determined to kill all newborns, hoping to put to death the son of God. Saint Joseph, with his staff in his hand, clad in his cloak, the shoulder bag on his shoulder, is ready to flee.

While the Virgin Mary and Saint Joseph look at each other tenderly, the Divine Child stares at us in order to make us share in the mystery of his Incarnation. Thus, Jean Lecomte Du Nouÿ brings us into the intimacy of the Holy Family, we are at their side, in their hiding place, leaving for Egypt.

To reinforce this proximity, our artist uses chiaroscuro, a technique in which he excels, imprinted with Caravaggesque painting. He particularly likes it from the 1880s, as he was able to show us, among others, in: 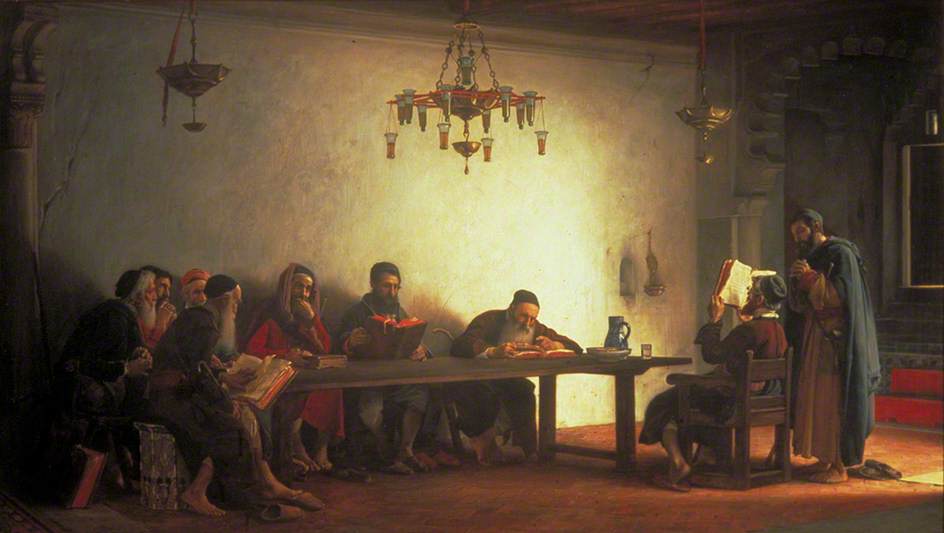 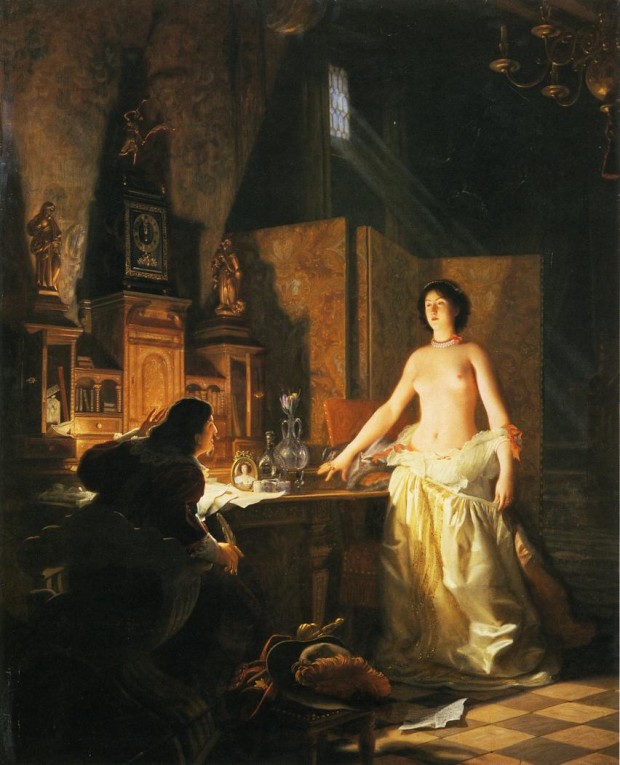 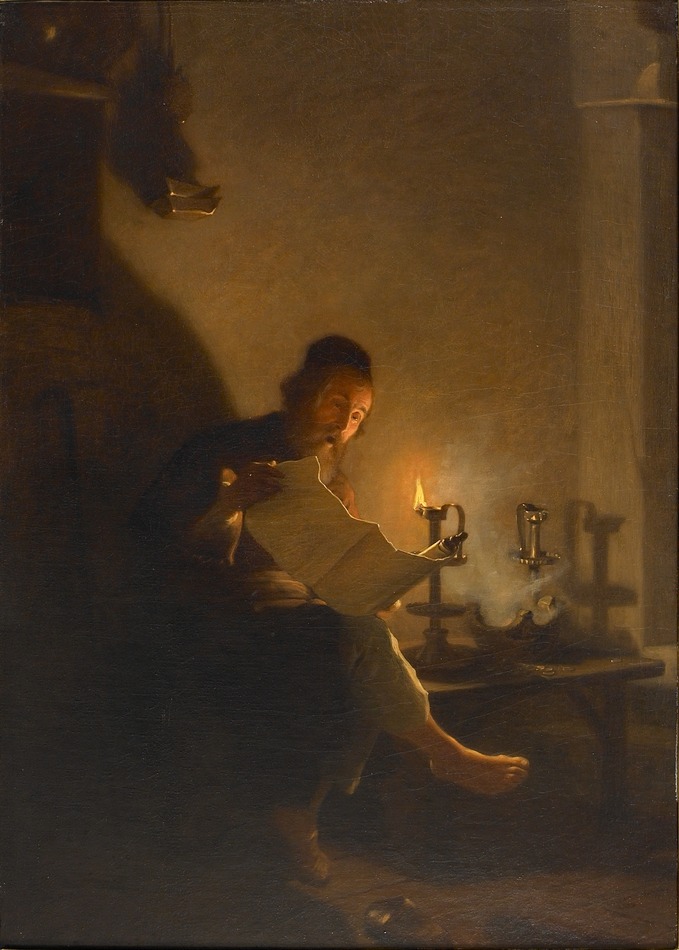 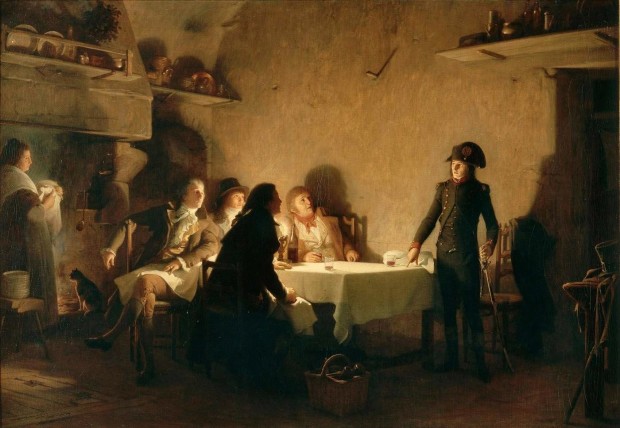 the difference being that the meaningful light source of our "Holy Family" is not a candle, but the child Jesus Himself, as can be found in the nativities of the seventeenth century.